Whoo boy. I've made biscotti before to much fan fare and delight as it is a favourite accompaniment to our afternoon coffee, but do you think I could find the recipe again? The favourite, simple recipe? No. Hubs and I moved recently and not having secured the recipe to my laptop recipe file, it got lost in the fray. So, after much searching and tearing through both my physical and digital recipes I finally found the link that took me to this cooking website from which it comes. I couldn't be more happy! I made a batch, copied the recipe to my file and bookmarked the site so now I will never be biscotti-less again. 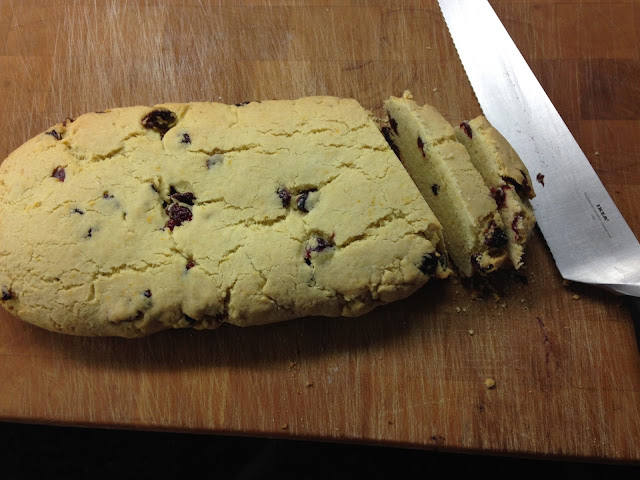 If you haven't made biscotti before, this is what the half-way mark looks like. It's basically a baked loaf of shortbread that is cooled and then thickly sliced and baked again . . . 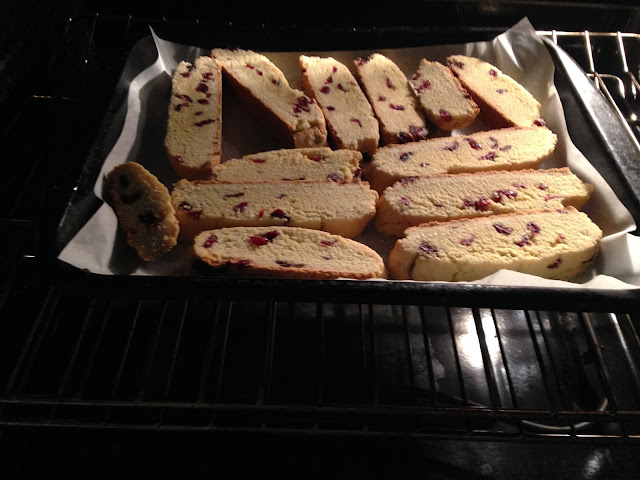 . . . until toasty golden brown. Once these are cooled on a rack they can be stored in an airtight container for a couple of weeks, unless of course they all get eaten. 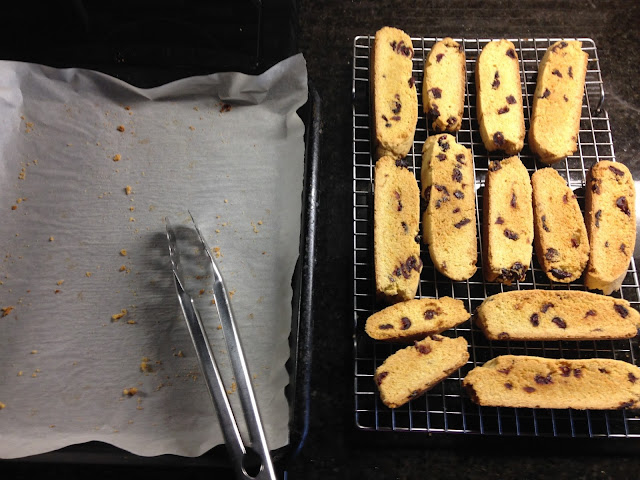 This particular recipe and batch is cranberry orange, but there are so many things you could add to the base butter/sugar/flour recipe to customize and flavour any combination you want. I was thinking to add some ground almonds and maybe some other diced dried fruit, mango anyone? Or how about rum soaked raisins? Stay tuned.

I tried this same recipe also with spelt flour and although it tastes okay, it is a little more crumbly. Spelt doesn't have the same binding ability that wheat flour has, so if your okay with biscotti chunks, then go ahead and use spelt flour. It also didn't help that I took the loaf out of the oven too soon. The recipe says 'bake for 20-25 min, but I found that 30-35min worked best. 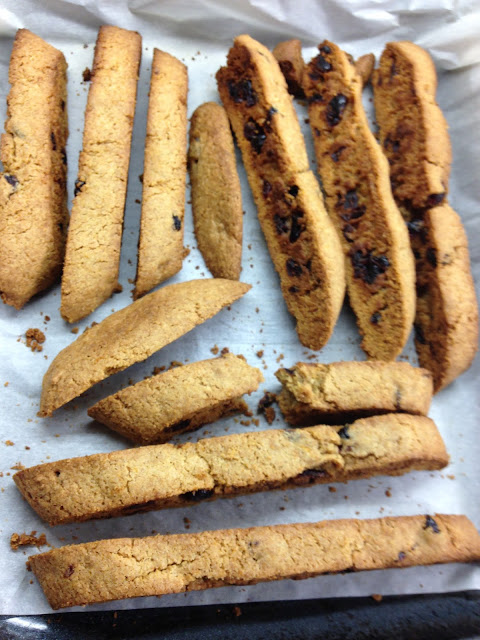 Email ThisBlogThis!Share to TwitterShare to FacebookShare to Pinterest
filed under: cooking, life

Those look great! They wouldn't last long at my house.

Thanks! They don't last long in my house either :)

Guerrilla Reading
Turn off the TV
Turn off the computer
Turn off the game console
Always have a book with you to read ~
~before going to sleep
~before getting up
~in the bathtub
~while waiting for your ride
~while on the bus/train/plane
~while dinner is cooking
~while exercising (audiobooks!)
~while driving (ditto)
~while waiting for an appointment
~while baby is napping
~after kids are in bed
~with kids
~to kids
~while eating lunch
~while eating breakfast
~at the cottage (dock, hammock, screen porch)
~while walking
~while waiting for kids in the mom & dad taxi
~on a park bench
~instead of housework
~in the bathroom
~while on hold on the phone
~on the porch with a cocktail
~ . . . ?
~ . . . ?
~ . . . ?
The more you read, the more things you will know. The more that you learn, the more places you'll go.
~Dr. Seuss