Leaving Before The Rains Come by Alexandra Fuller 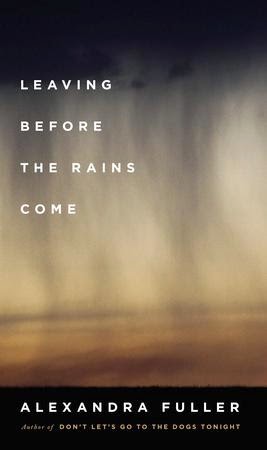 Reading Leaving Before The Rains Come by Alexandra Fuller reminds me why I love memoirs so much. In the hands of a skilled author a memoir can become an extension of what the reader already knows to be true, presenting new experiences alongside familiar ones. I respect and appreciate the deeply personal nature of one's own inner self and feel the act of sharing it with the reader must require much courage and trust. Her writing is lovely. This latest book, as with her others, is a pleasure to read.

(inside flap)
A child of Rhodesian wars and daughter of two deeply complicated parents, Alexandra Fuller is no stranger to pain. But the disintegration of Fuller's own marriage leaves her shattered. Looking to pick up the pieces of her life, she finally confronts the tough questions about her past, about the American man she married, and the family she left behind in Africa. A breathtaking achievement, Leaving Before The Rains Come is a memoir of such grace and intelligence, filled with such wit and courage, that it could only have been written by Alexandra Fuller.

Leaving Before The Rains Come begins with the dreadful first years of the American financial crisis when Fuller's delicate balance - between American pragmatism and African fatalism, the linchpin of her unorthodox marriage - irrevocably fails. Recalling her unusual courtship in Zambia - elephant attacks on the first date, sick with malaria on the wedding day - Fuller struggles to understand her younger self as she overcomes her current misfortunes.

Fuller soon realizes what is missing from her life is something that was always there: the brash and uncompromising ways of her father, the man who warned his daughter that, "the problem with most people is that they want to be alive for as long as possible without having any idea whatsoever how to live." Fuller's father - "Tim Fuller of No Fixed Address" as he first introduced himself to his future wife - was a man who regretted nothing and wanted less, even after fighting harder and losing more than most could bear.

Leaving Before The Rains Come showcases Fuller at the peak of her abilities, threading panoramic vistas with her deepest revelations as a fully grown woman and mother. Fuller reveals how - after spending a lifetime fearfully waiting for someone to show up and save her - she discovered that, in the end, we all simply have to save ourselves.

An unforgettable book, Leaving Before The Rains Come is a story of sorrow grounded in the tragic grandeur and rueful joy only to be found in Fuller's Africa. 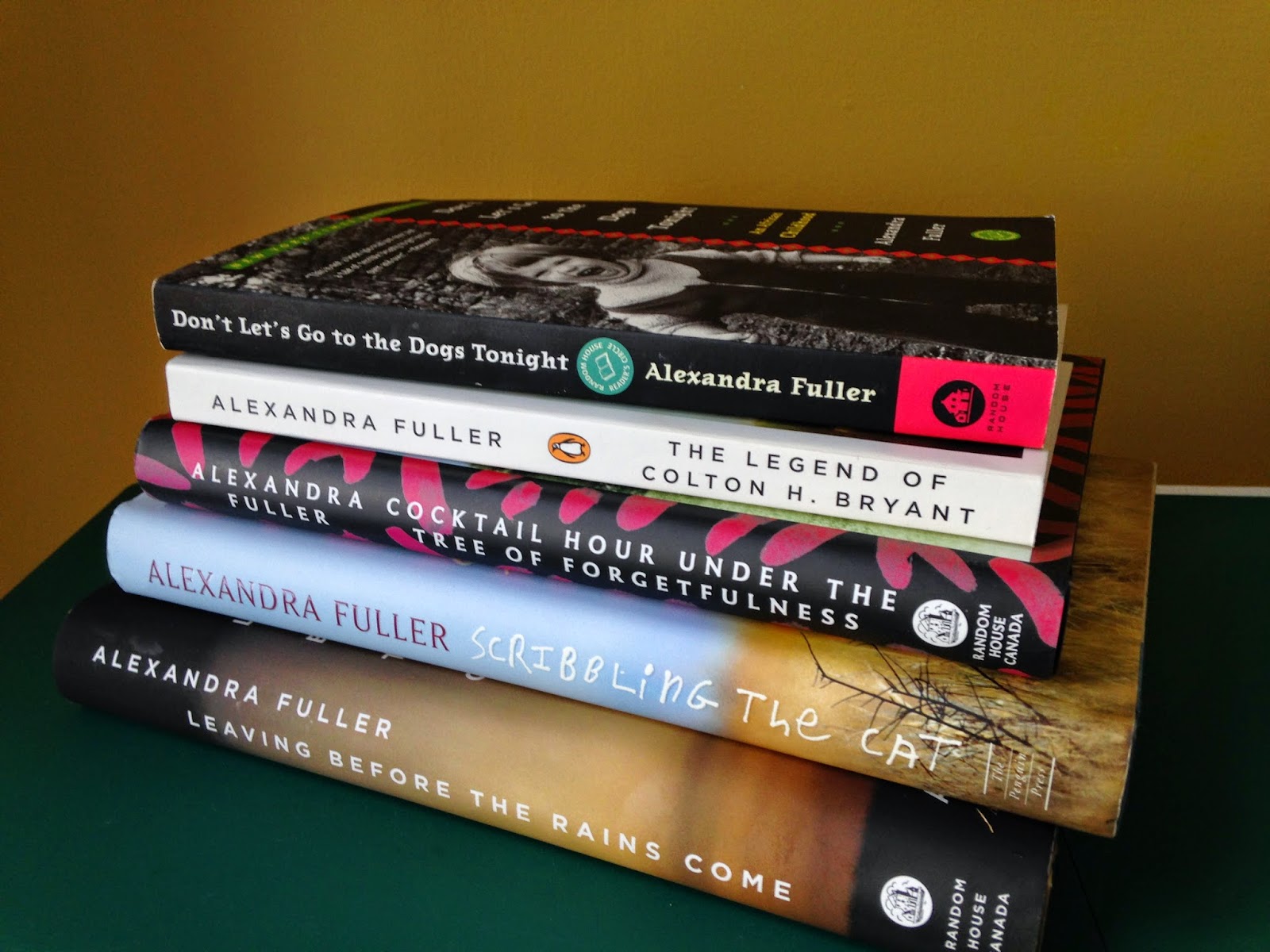 In Alexandra Fuller's first book about her African childhood in Don't Let's Go To The Dogs Tonight  I was so enthralled listening to it as an audiobook a few years ago, that I knew I would be looking out for and collecting anything else with her name on it, memoir or otherwise. Several years and five books later my collection is growing nicely.
Posted by Trish at 3:15 PM