A Couple of No-Gos 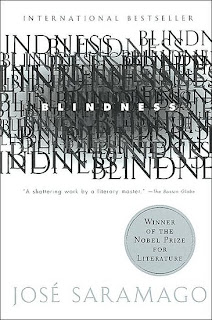 Blindness by José Saramago - I gave it my customary 50 pages and then had to put it back on the shelf. Ehn, it was too much like so many other Lord of The Flies/ The Walking Dead type stories out there that I just couldn't take one more, which is funny given how much I loved Cormac McCarthy's The Road. But I read that a few years before zombie apocolypse was even a thing. 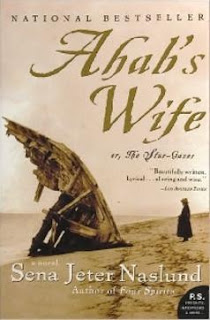 Ahab's Wife by Sena Jeter Naslund - I kind of went out on a limb with this one since I DNFed her Four Spirits last year. But, whatever. I was in the mood for something epic and old-world and sea faring so I picked it up and was actually quite drawn to the character Una. She's sent off to live with her aunt's family at a lighthouse - I LOVE lighthouses! - because she is chafing under her strict and religious father's authority. You go girl! Anywhoo, what started to chafe me was the author's poetic style of writing, which would be fine and authentic if it had been written 150 years ago, but it wasn't, so. I kept reading, though, thinking I could bust through my irritation at wispy descriptions like "Who else gazed skyward? The roses, whose exuberance had given me satisfaction with the extremity of nature, had first attracted my admiration with their profuse beauty. The mass of roses lay supine atop the cottage roof." But after 65 pages of words like 'atop' and 'upon' I just couldn't do it. Too bad because it sounds like it could be a good story; I'm just not the right reader.
Posted by Trish at 5:00 AM