Ugh. After months of hot summertime temperatures goading my sourdough microbes into extraordinary eruptions of feasting, flatulence and procreation, they have now decided that they would rather nap in the cool evenings than give lift to my carefully constructed bread dough. 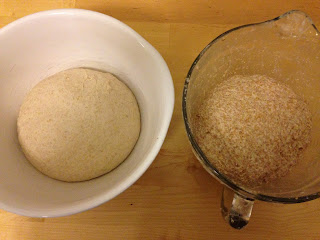 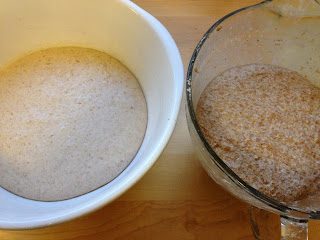 See what I mean? That dough didn't rise overnight, it relaxed. I had to scoop out each floppy mass onto the counter and tighten it up again with a bit of folding, not kneading, but just folding it up on itself to wake it up. A bit of dough yoga, perhaps? The result was only so so as it was the cool temperature of the kitchen that was the real culprit. These divas precious babies needed somewhere warm, so I took them to the only source of heat presently available. 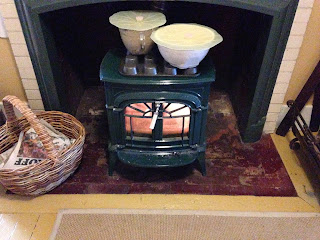 First on top, with an upside-down muffin tin so as not to scorch their little bottoms . . . 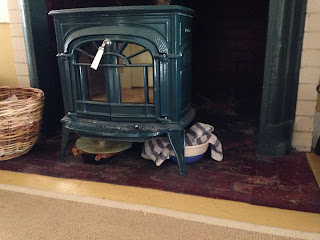 . . . and then proofing underneath to warm up their tops.

This nonsense went on for three hours until I figured enough was enough. Other than a slight puffing, neither the wheat nor the spelt looked particularly enthusiastic, and if I waited any longer I risked them collapsing when presented with the 450 degree oven that was awaiting them. 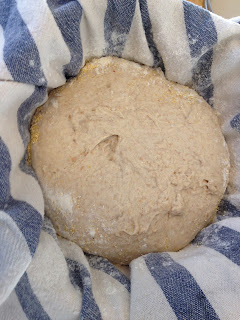 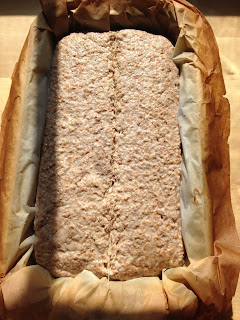 So I'm not really sure if I shouldn't have given it a warming up the night before, or maybe added some more starter in the morning to give it a boost. They weren't exactly dormant, but they also weren't lively. Being in a cool environment is not the same as being in a fridge, apparently. Either way, these doughs should not look so lacklustre. 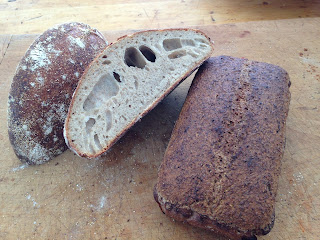 The big holes in the wheat bread is the over-proofing, and the minimal splitting in the spelt loaf is probably the same reason. Not quite sandwich material. Croutons, anyone?

Email ThisBlogThis!Share to TwitterShare to FacebookShare to Pinterest
filed under: bread, notes

Oh well. Croutons are good too! Your term "dough yoga" made me laugh. :)