Spelt Bread How To

Spelt bread is a delicious and easy to digest alternative to regular whole wheat bread. It's easy to substitute for whole wheat in any baking you do too. The only thing to remember is that it is not as gluten-y which is to say ... rubbery. It ends up being more like a thick batter that only reluctantly stays together while kneading, so it has to be treated gently. Once baked, though, it's got a moist rye/pumpernickel type consistency.

When making bread from scratch you can use whatever yeast you normally use but I have a spelt sourdough starter that works wonderfully well also - it just takes more time to rise. I put together a couple tablespoons of starter with a cup of spelt flour and enough water to make a thick batter and let it sit overnight in a large 8 cup glass measuring cup covered with plastic wrap. Once it's bubbling it's ready to use for baking. I add 4 cups of flour, 2 teaspoons of salt and enough water to mix it all together to make a thick, workable batter. 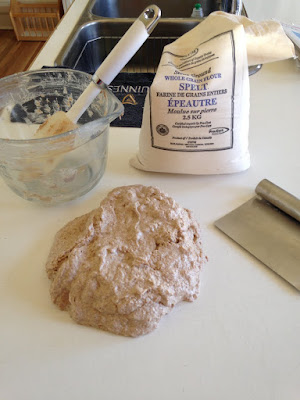 Here I've dumped out the thoroughly mixed dough on to the countertop to 'knead' with my handy dough scraper. Since the dough is so wet and delicate it's easier to fold over and over again with a dough scraper than with your hands.Even though it's mixed here, it's still pretty ragged and undisciplined. 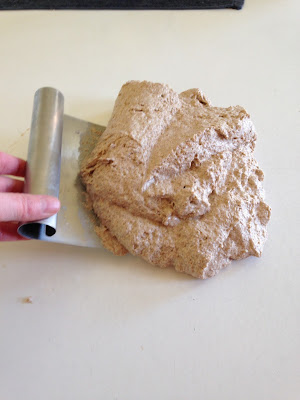 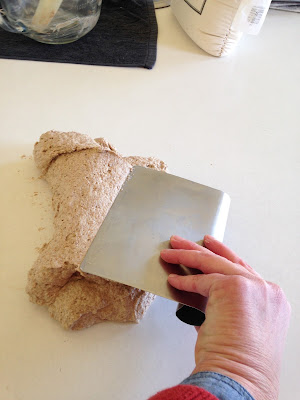 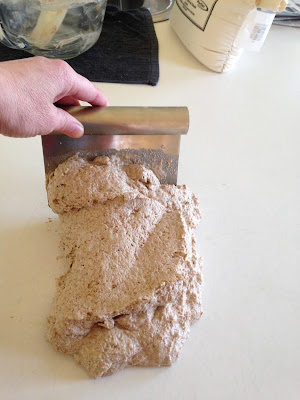 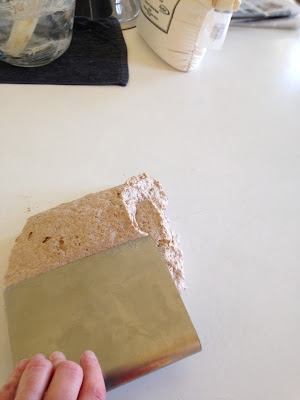 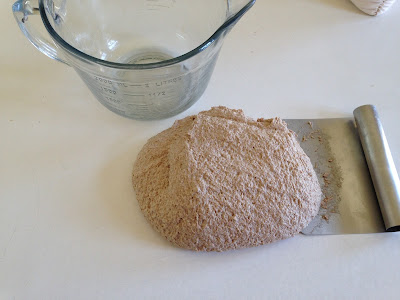 I do this for about 5 minutes or until it looks a little more civilized. 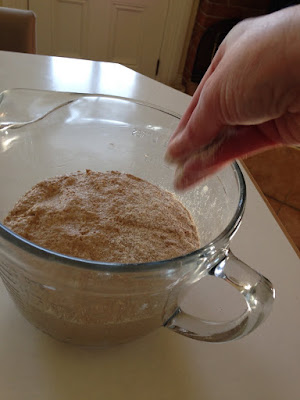 I then lift it gently back into my clean and greased glass measuring cup, pat it down and sprinkle some spelt on the surface to give it a 'skin' that would normally be present on regular dough because of the gluten. This skin helps keep the rising within the body of the dough instead of  bubbles breaking through the surface. Cover it and let it rise in a warm and quiet place for about six hours (shorter if you're using instant yeast) or until it has doubled in bulk. 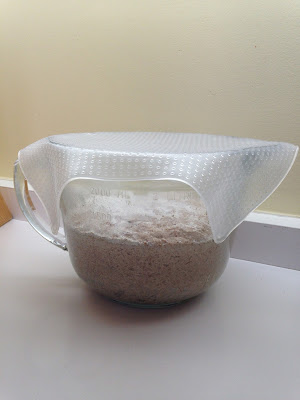 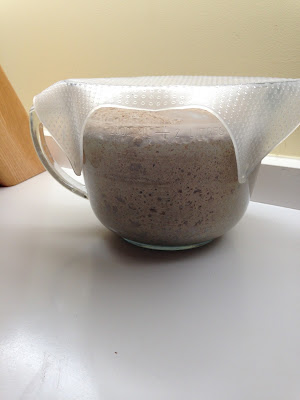 Beautiful, isn't it? Kind of like a spa for flour and water.

Once the dough is large and full of life, uncover it and gently spatula it out of the bowl and into a parchment-lined loaf pan. Pat it down and sprinkle a little flour on the surface again as the old surface will have now been absorbed and you want to keep those uppity bubbles contained. It will lose a little bit of its bulk during the transfer but not not enough that it can't regain while resting in the pan for another 40 minutes or so while the oven heats up to nice robust 450 degrees. 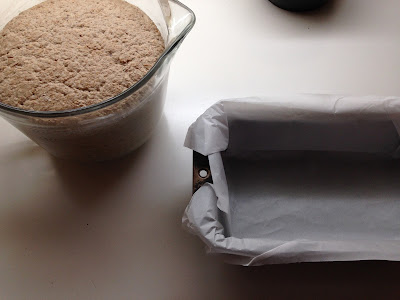 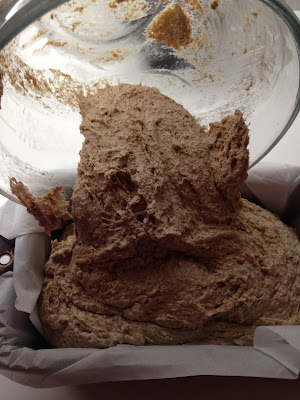 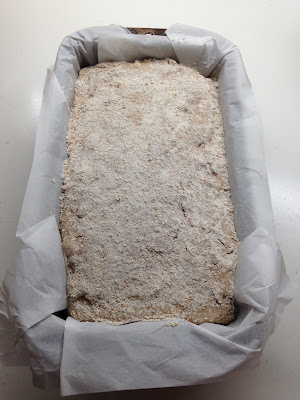 Once it has rested, recovered and puffed up again in the loaf pan it's ready to bake. To control the rapid rise when it hits the heat in the oven, I like to slash the top diagonally but it can also be done with one slash down the middle. 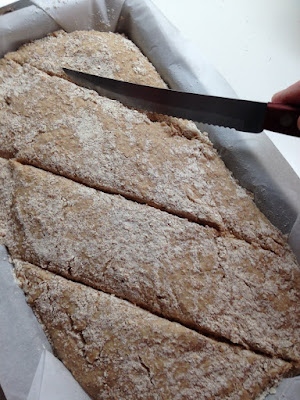 Turn the oven down to about 425 and bake for about 60 - 70 minutes . These numbers are what work for my old decrepit oven but could be tweaked for newer hipper ovens. Just keep an eye on the loaf while it's baking, is all I'm saying. It should be dark and crusty when it comes out. 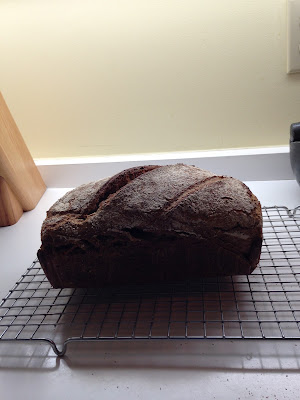 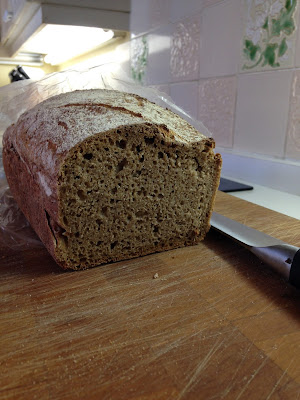 See? Delicious. It's great with a smear of salted butter and a slice of cheese or to build a rustic ham sandwich. It toasts great too.
Posted by Trish at 6:55 AM

Email ThisBlogThis!Share to TwitterShare to FacebookShare to Pinterest
filed under: bread, cooking, photos

Yum! Looks delicious. If I ever get brave enough to try making bread I'll have to give it a try. :)

That looks great! I've never heard of a dough scraper before. That looks like a very handy tool to have.

Lark - Yes! You should totally give it a try. It's so rewarding :)

Connie - Funny, I've had it for years and only just now figured out how to use it haha.