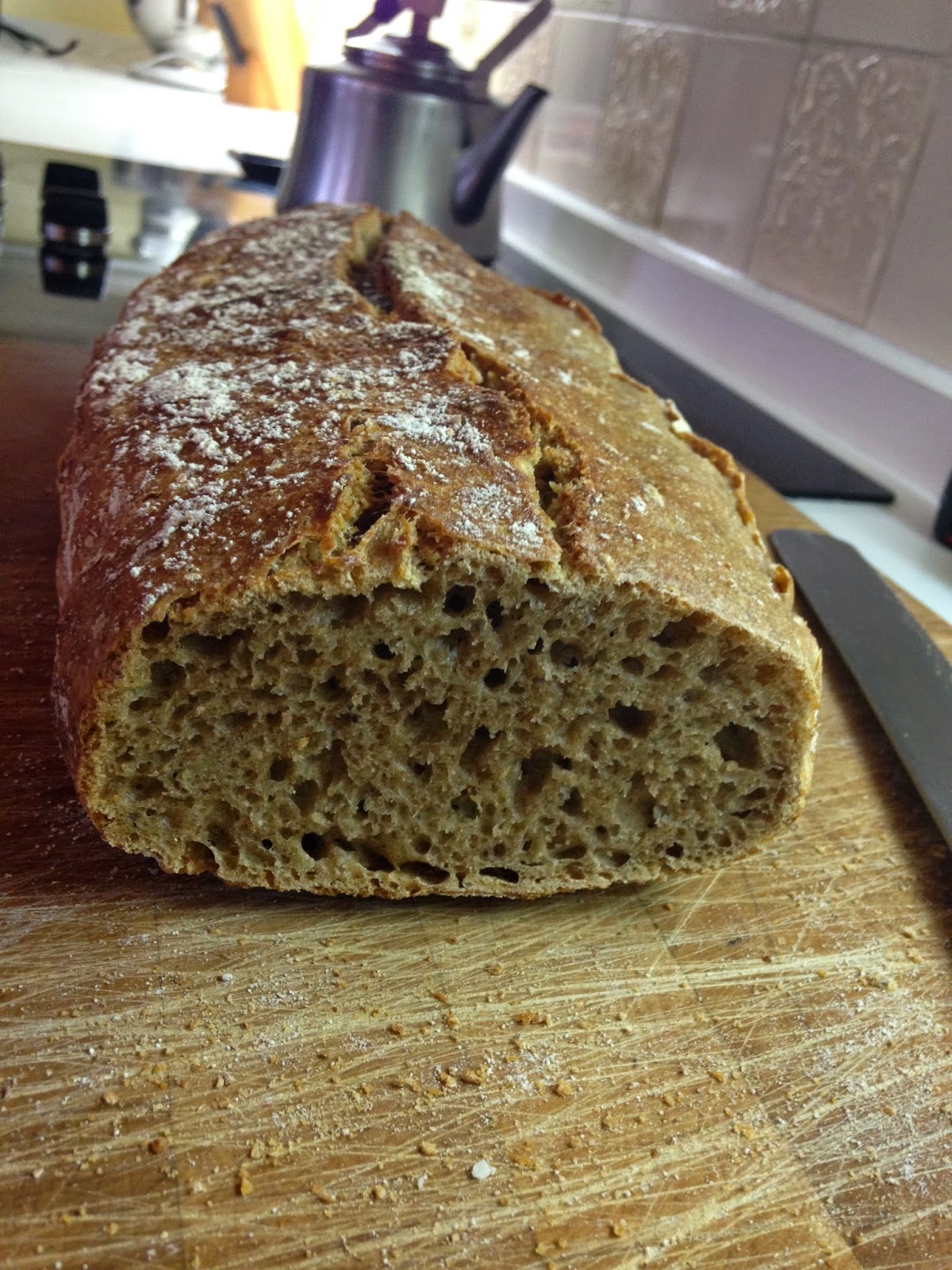 Not really sure what I was getting in to, tried my hand at a loaf of 100% whole grain spelt bread using a spelt sourdough starter I had put together a week ago. It turned out pretty well, I'd say.

Whole grain spelt flour has many of the same qualities as a wheat flour except that, due to the lack of gluten, it does not hold its shape as well. To compensate, I made it 'lighter' by keeping it wetter. The dough was really more of a thick batter than a real kneadable dough. Because of this I used a spatula to turn and fold it right in the bowl and then just left it to rise like a usual. After about five or six hours, it did indeed puff up nicely at which point I gently scraped it out of the bowl with the spatula and right into a flour and parchment lined proofing basket trying to keep the precious bubbles intact. And because I could bake it right in the parchment paper, after and hour of proofing I could lift the entire dough out of the basket and into the hot baking pan in one go with minimal interference. It worked! It has an open crumb with a nice chewy texture and a tangy flavour.

Email ThisBlogThis!Share to TwitterShare to FacebookShare to Pinterest
filed under: bread, cooking