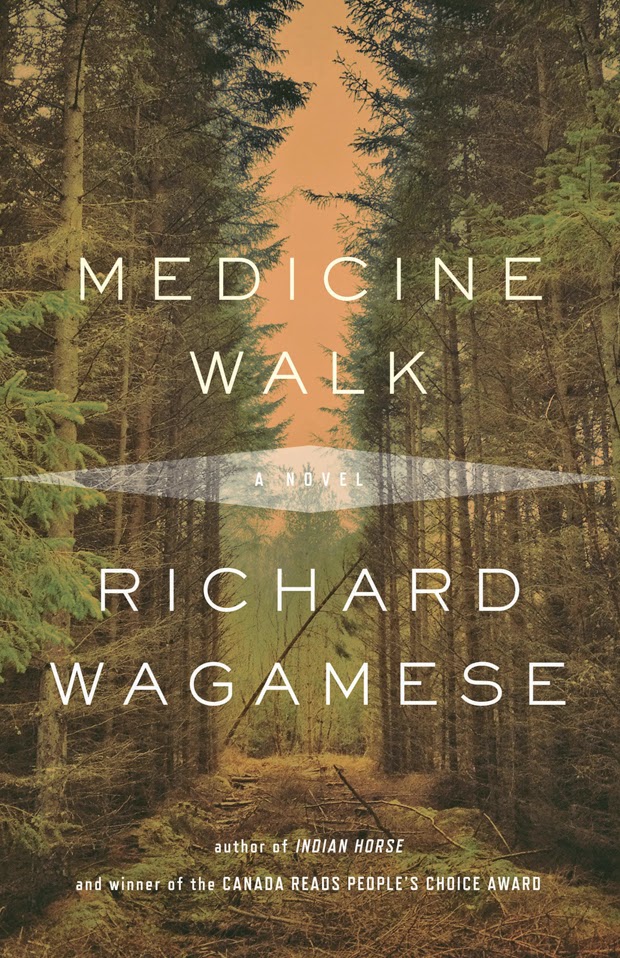 I so thoroughly enjoyed this book that I've had to give it a day or two to settle within me before I could commit any thoughts to words. Medicine Walk by Richard Wagamese is a contemplation on how we are all products of not only our own histories but those of our parents, grandparents and a wide array of extended family, friends and other influential people in our lives. As much as some would like to deny this, or parts of it, not at least acknowledging these connections serves no useful purpose. There is no one thread, one storyline, to anyone's life. Blame without facts or empathy is as easy as it is crippling. What Frank set out to do began as an obligation, more to his stepfather than Eldon himself. But what emerged through Eldon's stories in the midst of their wilderness solitude was Frank's understanding and acceptance of what his father's demons had been. Eldon, too, came to appreciate the impact his actions had on Frank's childhood. Although not perfect, both father and son gave each other an opportunity for closure before Eldon's death.

Apart from there being so much material for discussion in this story, the writing put me in mind of the old-school authors who don't embellish their prose with unnecessary words. The writing is sparse and yet I felt the tension and the trees and the moss and the wilderness as if I had been there with them. What a remarkable book.

(back cover)
Franklin Starlight is called to visit his father, Eldon. Having been raised on a farm by someone he knows as the old man, the kid, Frank, is sixteen years-old and has had only the most fleeting of relationships with his father. The rare moments they've shared haunt and trouble him, but Frank answers the call, a son's duty. He finds Eldon decimated after years of drinking. What ensues is a difficult journey through the rugged and starkly beautiful backcountry of the BC Interior and a vivid journey into the past as the two push forward. From a poverty-stricken childhood, Eldon leaves home abruptly, and soon after goes to fight in the Korean War. Later he finds work in various mill towns until he is taken in by Bunky and his woman to work on his land. Eldon relates to Frank the desolate moments in his life, and he tells of sacrifices made in the name of love. In doing so, he offers his son a world the boy has never seen, a history he has never known. Written in clear, luminous prose, Medicine Walk looks squarely into the dark corners of the soul, into the human capacity for love and goodness, no matter the stakes. Richard Wagamese's insight and compassion are matched by his remarkable gifts of storytelling and ability to create characters that will live in our hearts long after the last page is turned.
Posted by Trish at 11:25 AM

I felt that this was a really remarkable book as well. So well done, and so much to talk about after reading it! The style reminded me strongly of the Western tradition: laconic men, the importance of nature, etc.

I'm glad you enjoyed it as much as I did. I'm eager to see what other discussions and reviews are out there.